sorry i haven't updated yet

obviously i've been to japan and back ~ i just haven't gotten around to updating... i have a lo~ot of pictures and videos to sift through and organize. i will do it soon! i'll back date the entries as i put them in so it doesn't seem so disjointed. 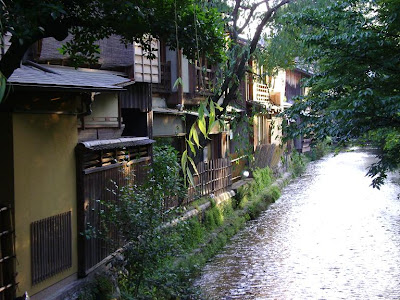 this is my favourite picture we took ~ it's that famous river in gion where sayuri first meets the chairman in memoirs of a geisha.

note: i was wrong. i just watched memoirs of a geisha last night. they show this almost exact scene in a montage type thing after the war ended and she is going back to gion. (October 30, 2014) and i JUST started finally updating. day 2 is up! yay.
Posted by kmah88 at 9:35 PM

Labels: gion, kyoto, memoirs of a geisha, trip to japan